There will not be a Zoolights program this year at the Zoo this year.  However, there will be a caravan going through the neighborhood on Friday, December 11, 2020 between 6:00 PM and 8:00 PM.  The route of the caravan is noted below.  For more details, read the message below and click on the links for details on this program.

Please note that event routes are subject to change.
Follow this link to view the interactive map to see the Ward 5 route:
https://nationalzoo.si.edu/events/zoolights
Posted in News | Leave a comment

Please help get the word out to all of our residents and visitors to help keep our communities safe. Please see below for current metrics on Coronavirus/COVID-19 particularly for Ward 5. There is an upward trend in the District in general as in other parts of the country and Ward 5 in particular has the 2nd highest number of cases in the District just behind Ward 4.  Please remember to stay home as much as you can, wear a mask in public, wash your hands and keep 6′ distance when out in public to help control the spread. And if you start to feel symptoms please get tested,  https://coronavirus.dc.gov/testing,and take precautions to protect yourself and your family. We encourage folks to visit the website https://coronavirus.dc.gov/data and click on the various options to slice and dice the data to see what’s trending. 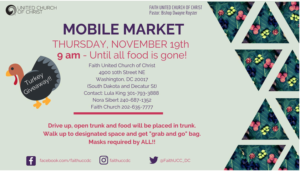 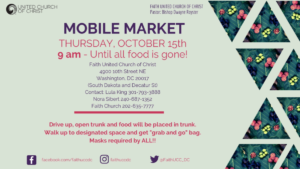 Please see the following press release.  This is a huge step in the collective efforts to get the region fully behind the completion of the entire trail network.  It discusses teh efforts of the Washington, DC regional governments to complete the entire continuous 1,400 miles of off-street trail network for walking and biking in the DC Region.

WASHINGTON—The Capital Trails Coalition, and its founding members the Washington Area Bicyclist Association (WABA) and Rails-to-Trails Conservancy (RTC), are celebrating a major step forward in the vision to connect the region by trails—creating equitable, accessible spaces for walking and biking across D.C., Maryland and Virginia.

On August 12, 2020, The Metropolitan Washington Council of Governments’ (COG) Board of Directors unanimously endorsed the National Capital Trail Network—a concept for a 1,400-mile, continuous network of off-street trails. COG is an independent, nonprofit association, with a membership of 300 elected officials from 24 local governments; the Maryland and Virginia state legislatures; and U.S. Congress. COG staff, in partnership with area officials, are “working to advance the ‘Region Forward Vision,’ which maps out ambitious goals and targets for a more prosperous, accessible, livable and sustainable future.”

“Today’s unanimous vote by the Council of Government’s Board of Directors to endorse our ambitious vision for a regional trail network underlines the broad public support for safe, accessible and equitable trails connecting diverse communities across the Washington Metropolitan region,” said Greg Billing, Executive Director at the Washington Area Bicyclist Association.

The National Capital Trail Network expands upon the Capital Trails Coalition’s vision to increase multiuse trail connectivity across the region. The Transportation Planning Board formally adopted the network late last month, which enables specified trail projects to be prioritized for funding from the federal Transportation Alternatives Program and the Transportation Land-Use Connections Program.

The National Capital Trail Network details 1,400 miles of connected off-street trails—of which 645 miles already exist—that would significantly increase the number of people who have access to trails in the region.

“By formally adopting the National Capital Trail Network, the D.C. region is now poised to accelerate the development of trails throughout, delivering equitable access to safe places to walk and bike for millions of people who live, work and visit here,” said Liz Thorstensen, chair of the Capital Trails Coalition, and vice president of trail development at Rails-to-Trails Conservancy.

Securing support for the 1,400-mile network was a priority for the Capital Trails Coalition, which is working to advance completion of an interconnected network of multiuse trails serving D.C., Maryland and Virginia, and is part of RTC’s TrailNation™ portfolio, regional trail-network-building projects being implemented across the country.

The Capital Trails Coalition is a collaboration of public and private organizations, agencies and citizen volunteers working to advance completion of an interconnected network of multi-use trails for metropolitan Washington, D.C. The Coalition convenes and coordinates public and private stakeholders who are critical to accomplishing the vision of an interconnected network. Learn more about the Capital Trail Coalition at captialtrailscoalition.org. For more information on the Capital Trails Coalition, please contact Stephanie Piperno stephanie.piperno@waba.org.

Rails-to-Trails Conservancy is the nation’s largest trails organization—with a grassroots community more than 1 million strong—dedicated to connecting people and communities by creating a nationwide network of public trails, many from former rail lines. Connect with RTC at railstotrails.org and @railstotrails on Facebook, Twitter and Instagram.

Posted on August 11, 2020 by Michigan Park Citizens Association
New Speed Limits on DC Streets and the New Slow Streets Initiative :
MEMBERS:
PLEASE NOTE THAT THE CURRENT SPEED LIMIT FOR TRAVEL ON DC STREETS IS NOW 20
MILES/HOUR UNLESS OTHERWISE POSTED.
Mayor Bowser and the District Department of Transportation (DDOT) have begun their “DC Slow Street Initiative.  The plan will provide 17 miles of streets throughout the city on local streets that will provide citizens with streets with maximum speeds of 15 miles/hour so citizens can safely walk, run or bike, at safe distance from each other.  These streets will be restricted to local travel only.  Drivers should only use these “Slow Streets” if their destination is within two blocks of that street. Residents, emergency, delivery, and trash collection vehicles will still
have access to Slow Streets.
If you would like to see the current street in the neighborhood which has been set up as a “Slow Street”, please check out Newton Street between 18th street and 12th street (it is suppose to begin from South Dakota Avenue to 12th street but was not completed as of 08/09/2020).
Please note that the city has proposed plans to lower the speed allowed on public street throughout the city to reduce the number of people injured in car accidents.  We remind everyone that streets around playgrounds and schools maximum speeds are supposed to be 15 miles/hour.
A friend of Ralph Bucksell complained to him about receiving a speeding ticket on 10th street near the Turkey Thicket Recreation Center for traveling at 25 miles/hour.
The designated streets in Ward 5 which will be established between now and September 1, 2020 are:
Ward 5
The full list of Slow Streets for the whole city are found below:
Ward 1
Ward 2
Ward 3
Ward 4
Ward 5
Ward 6
Ward 7
Ward 8
DDOT will not install Slow Streets in Ward 8 at this time.
Posted in News | Leave a comment

Posted on June 30, 2020 by Michigan Park Citizens Association
DC Water is hosting a virtual town hall for each ward to discuss among other things DC Water rate plans.
Ward 5’s town hall is tomorrow, Wednesday July 1st, at 6:30 pm. To join online using your computer click or copy/paste this link dcwater.com/Ward5TownHall Or call (202) 753-6714; enter Conference ID: 186 308 225# when prompted do so.
Please Note:  DC Water has partnered with a company to robo call the phone number listed on each of the DC Water accounts at the start of the call and the resident can be automatically connected into the virtual meeting.
Posted in News | Leave a comment